KNOW BEFORE YOU GO
Due to the ongoing global health crisis, the November 11th show on Iliza’s The Forever Tour at Thomas Wolfe Auditorium in Asheville, NC has been rescheduled for July 29, 2021.  All tickets for the original performance will be honored, so patrons should hold on to their tickets. Refunds will be available at point of purchase for 30 days, beginning August 12, 2020.  For ticket and refund inquiries, please contact point of purchase. For tour information, please visit iliza.com. 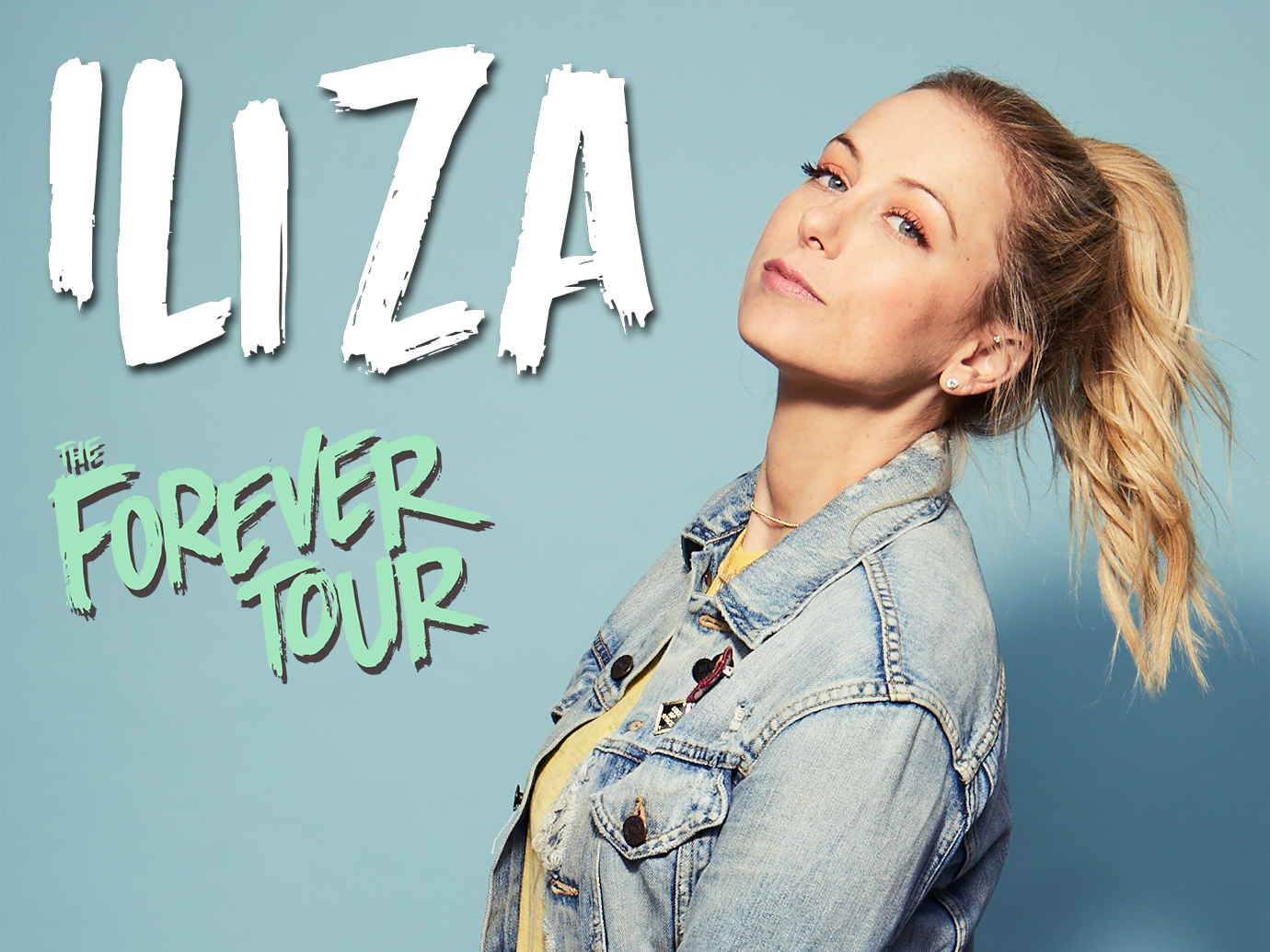 Due to the ongoing global health crisis, Iliza’s The Forever Tour event at Thomas Wolfe Auditorium in has been rescheduled for July 29, 2021. All tickets for the original performance will be honored, so patrons should hold on to their tickets. Refunds will be available at point of purchase for 30 days, beginning August 12, 2020. For ticket and refund inquiries, please contact point of purchase. Refund Request: https://bit.ly/3cVa5ZO

Iliza is one of today’s leading comedians with a fan base who show their loyalty by creating their own Iliza inspired swag to wear to her shows. On November 19, 2019, she premiered her 5th Netflix stand up special Unveiled, which delves into her journey of getting married. Her past specials include War Paint, Freezing Hot, and Confirmed Kills. Iliza’s last Netflix special, 2018’s Elder Millennial, is the subject of Iliza Shlesinger: Over & Over, her “fan-u-mentary” which is currently streaming and gives fans an inside look into what goes into the making of one of her specials. She recently wrapped production on The Iliza Shlesinger Sketch Show for Netflix which will premiere in April 2020.

In addition to her stand up, Iliza was recently co-starred in Instant Family, starring Mark Wahlberg and Rose Byrne. She’ll next be seen co-starring opposite Wahlberg in the Netflix movie Spenser Confidential, directed by Peter Berg. The film will be released on March 6, 2020. She recently wrapped production on the drama Pieces of a Woman, which she co-stars along with Shia Labeouf and Vanessa Kirby.

In 2017, she released her first book Girl Logic: The Genius and the Absurdity (Hachette Book Group) a subversively funny collection of essays and observations on a confident woman’s approach to friendship, singlehood, and relationships. On her new podcast AIA: Ask Iliza Anything she offers up her unique perspective to listeners, answering their questions on virtually any topic. Past credits include, Truth & Iliza, the limited run talk show she hosted on Freeform and Forever 31, a digital series she created and starred in for ABC Digital. She is the only female and youngest comedian to hold the title of NBC’s Last Comic Standing.

How Can HCCA Help Your Event?
How Can We Assist You Today?
Let's Work Together!
Did you lose something during an event at HCCA?