KNOW BEFORE YOU GO
Ages 2 and require a ticket. $1 per ticket goes to Rev Causes, a fund that supports the essential work of organizations dedicated to reviving and investing in our communities, our health, and our environment. By donating a portion of our ticket sales, and through fan donations and a variety of fundraising efforts, we aim to assist these exciting organizations in building a better future.

ENTRY POLICY
There are no current entry requirements for this show. This is subject to change at any time prior to the event. 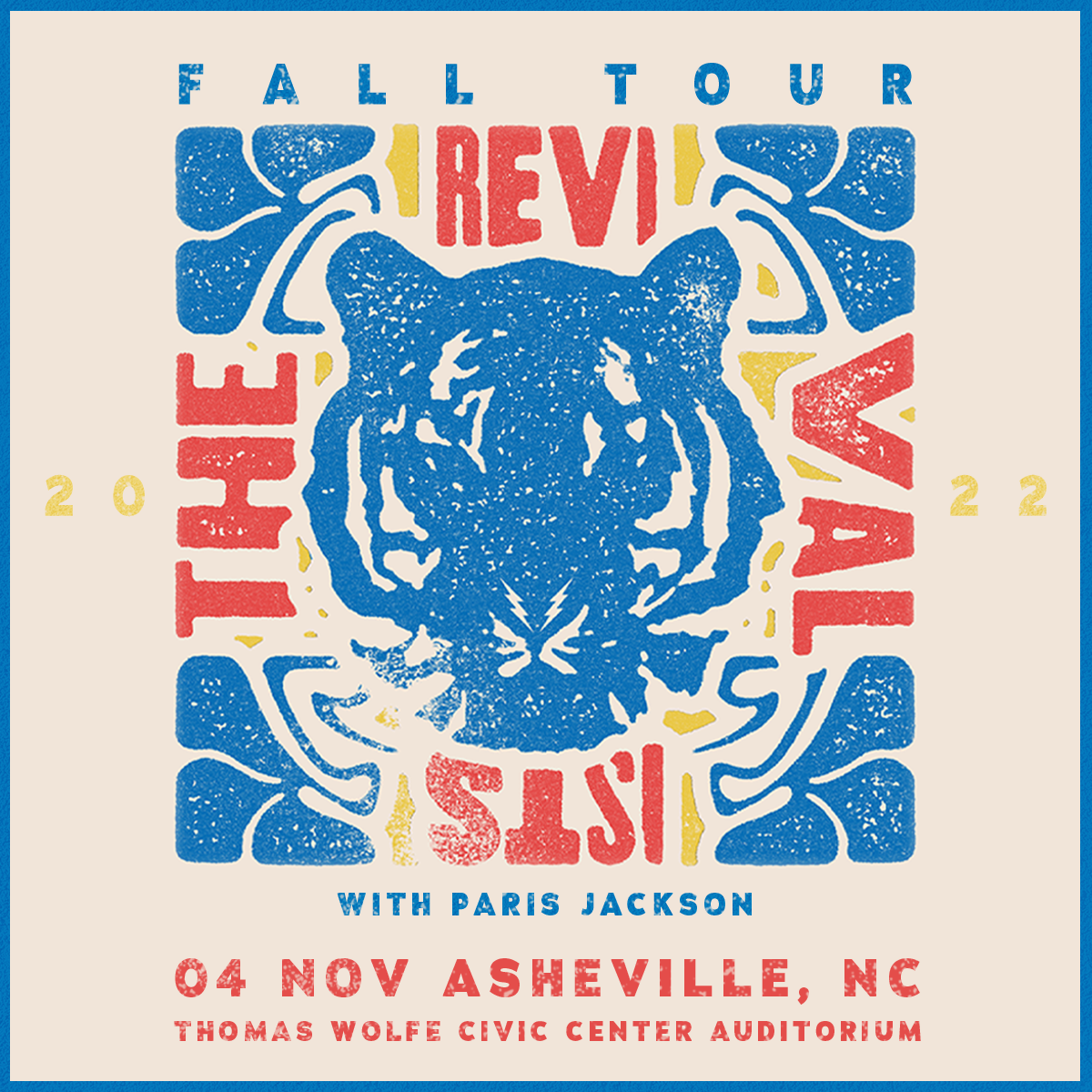 Chart-topping rock band The Revivalists had been grinding for 10 years when their now platinum-selling single “Wish I Knew You” took off, setting a record for most single-week spins ever at Alternative Radio and becoming a mainstream phenomenon spending 9 weeks on the BillboardHot 100. Now, their new hit songs from fourth studio albumTake Good Care, including #1 Triple A and Top 5 Alternative single “All My Friends,”and #1 Triple A and Top 15 Alternative hit single “Change” (their third Media base Triple A #1 in a row) –have become instant fan favorites and are adding to their more than 410 million total streams. The band has performed on numerous television shows including Austin City Limits,The Late Show with Stephen Colbert , Jimmy Kimmel LIVE!, Ellen, TODAY, and garnered major media attention from the likes of Rolling Stone, NPR, Billboard, Buzzfeed, Entertainment Weekly, USA Today, Forbes, Salon, HuffPost, Grammy.com, Alternative Press, Paste, UPROXX, Flaunt, Nylon, Interview, and more. They made a big statement in support of the anti-gun violence movement with their powerful song “Shoot You Down” which they performed during their debut at Lollapalooza, opened for the Rolling Stones, were nominated for aBillboard Music Award and two iHeartRadio Music Awards, were named Billboard’s Top New Rock Artist of 2017, and between sold-out shows at their biggest venues yet, including Beacon Theatre and Red Rocks, the band has also ignited festival stages at Bonnaroo, Governor’s Ball, Lollapalooza, New Orleans Jazz Fest, Outside Lands, and Pilgrimage.Renowned for their live firepower, soulful alt-rock anthems, and their distinct mix of many of the classic styles of American music, the 8-piece ensemble of pedal steel guitar, unique two-drummer set-up, horns, and more is led by the incredible voice of front man David Shaw.