Only for Ages 18 and older

KNOW BEFORE YOU GO
Ages 2 and up require a ticket for entry. There is NO RECORDING via phones, iPads, or mobile devices permitted. Violators will be removed from the venue and no refunds will be allowed.

ENTRY POLICY
There are no health or COVID-19 requirements for entry at this time. This is subject to change prior to the event. 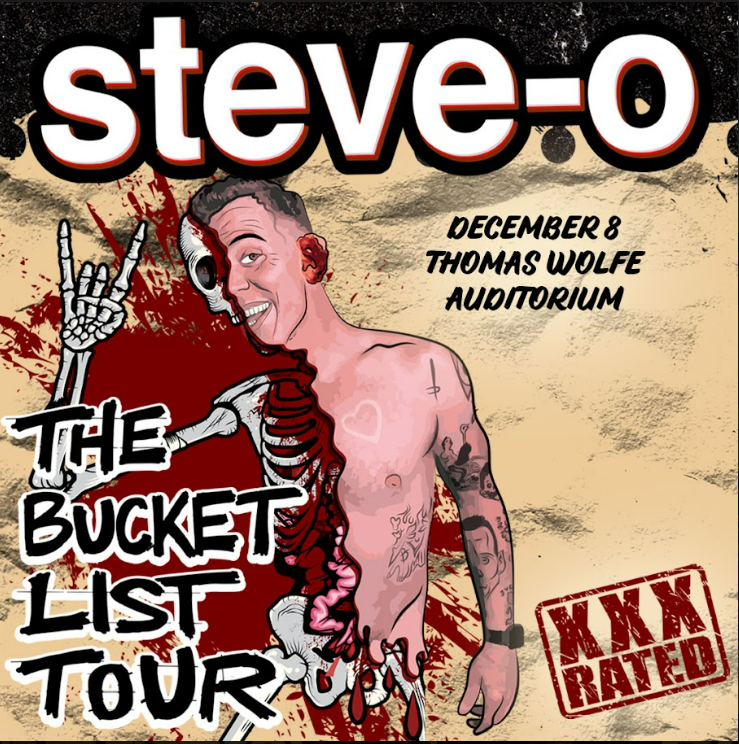 JACKASS star, stand-up comedian, and New York Times best-selling author, Steve-O, is bringing The Bucket List Tour to Thomas Wolfe Auditorium on December 8, 2022. Every idea on Steve-O’s bucket list was so ill-advised, he never expected to go through with any of them. Until it was time to prepare for this tour. Not only are the stunts more ridiculous than what you already know Steve-O for, he did them all, and made a multimedia comedy show out of them. Not for kids, or the faint of heart.