AVAILABILITY
Tickets On Sale November 8th at 10am 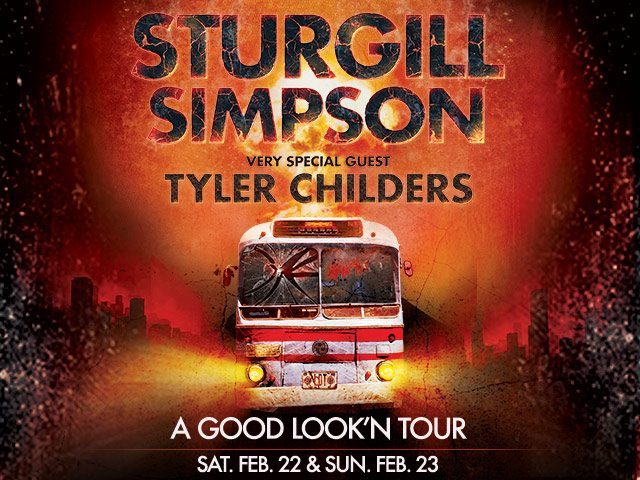 Following the release of his new album, Sound & Fury, GRAMMY award-winning singer-songwriter Sturgill Simpson has announced North American dates for his 2020 Sturgill Simpson: A Good Look’n Tour. Acclaimed country breakout star and very special guest, Tyler Childers, will join Simpson on the tour for a once-in-a-lifetime live show experience. Simpson produced both albums from Childers, including his August-released Country Squire, which debuted at No. 1 on Billboard’s Top Country Albums chart.

In an effort to fight against scalpers and ensure tickets get into the hands of fans, the tour has partnered with Ticketmaster’s Verified Fan platform. Fans can gain first access to tickets by registering for the Verified Fan presale now through Sunday, November 3 at 10pm local at https://verifiedfan.ticketmaster.com/sturgillsimpson. Registered fans who receive a code will have access to purchase tickets before the general public beginning Tuesday, November 5 at 10am local time.

American Express® Card Members can purchase tickets for select markets before the general public beginning Wednesday, November 6 at 12pm local through Thursday, November 7 at 10pm local. Tickets go on sale to the general public starting Friday, November 8 at 10am local. Sturgill Simpson has also partnered with CID Entertainment to offer travel packages. All net proceeds from these travel packages will benefit the Special Forces Foundation. More information on these exclusive offers can be found HERE.