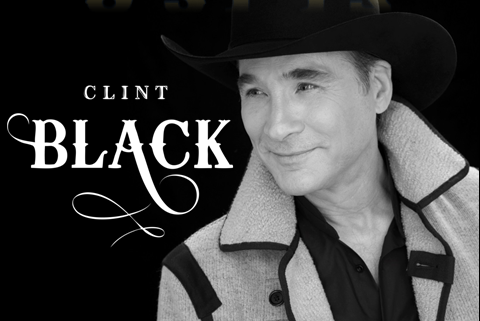 Clint Black comes to the Thomas Wolfe Auditorium Thursday September 21st at 8pm. Tickets go on sale Friday April 28th at 10am and will be available through the USCC Box Office, online at Ticketmaster.com, and by phone at 800-745-3000.

Clint Black has sold more than 20 million albums worldwide and charted nearly two dozen No. 1 singles including “A Better Man,” “Killin’ time,” “Nothing But The Taillights,” “Like The Rain” and “When I Said I Do.”  He is one of the most successful artists in Country music history having written, recorded, and released more than 100 songs, with nearly one third achieving “hit song” status on Country radio.  Perhaps most impressively, Black wrote or co-wrote every one of his more than three dozen chart hits.  Since his debut, Clint Black has won numerous awards from the American Music Awards, Academy of Country Music, the Grammys, and the Country Music Association. In addition, Black was inducted into the cast of the Grand Old Opry in 1991 and earned a star on the Hollywood Walk of Fame in 1996.

Black’s latest album On Purpose, which was released in late 2015, is dedicated to his father, who died in 2012.

“To him, country music was a sacred thing. From time to time, I imagine him out there just beyond the spotlight, listening. So I dedicate this album to him, wishing we could share one more release together but alas, the clock ran out. I’ll just live with the faith that somehow, he’s able to hear it.”