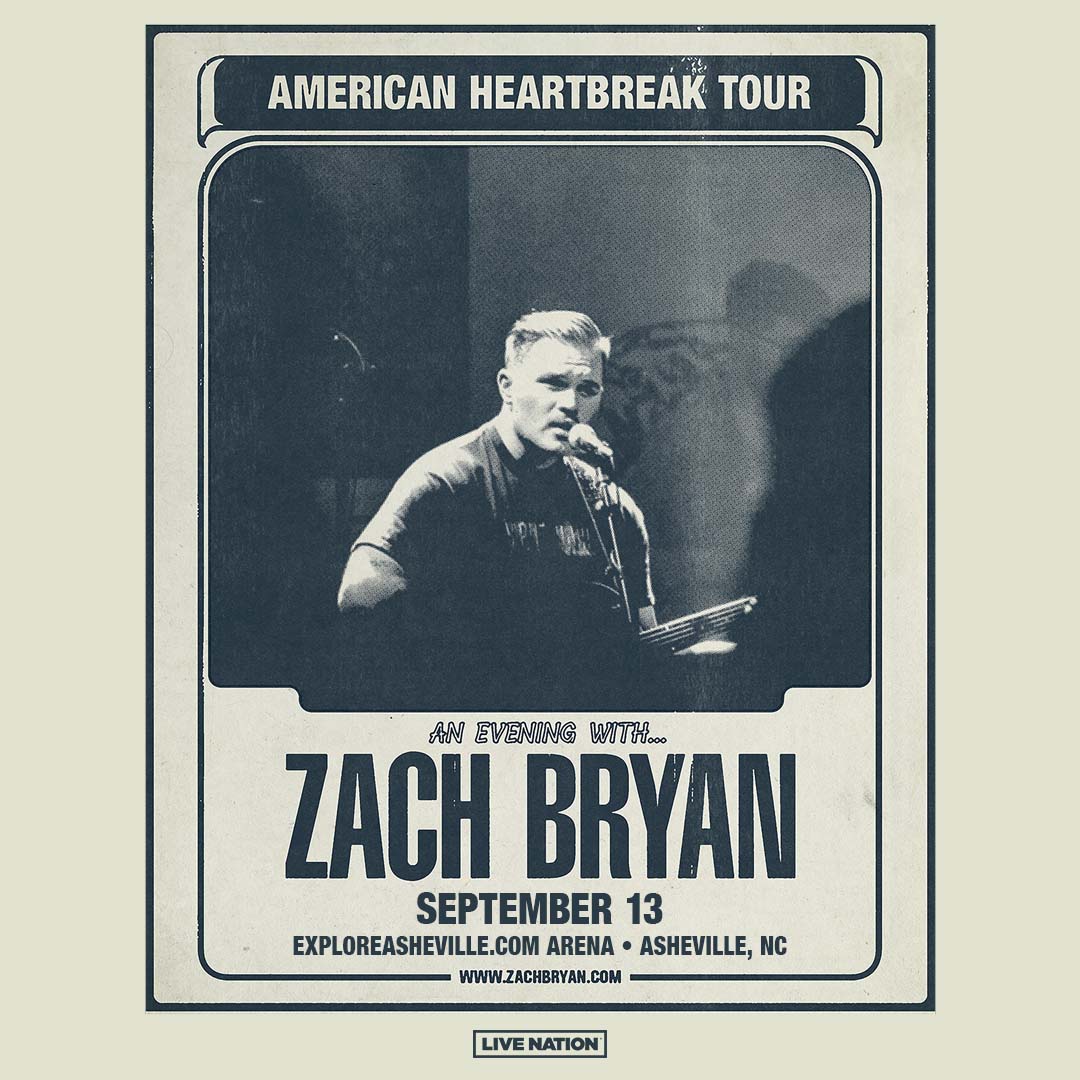 Oklahoma born and bred Zach Bryan has been making an impact on the underground country music scene for the past few years even while he was still actively serving in the US Navy. He released a pair of independently recorded and released albums, DeAnn (2019) and Elisabeth (2020) that provided the spark that would ignite his arrival. New songs and videos would appear via socials and YouTube all fueled by a voracious word-of-mouth community that would ascend into a dramatic trajectory that continuously draws millions of new country and rock fans into his orbit week after week.

Without the aid of extensive touring or commercial radio, his impact upon the new Americana culture skyrocketed purely on the strength of his deeply personal, relatable songs gaining a seemingly unstoppable momentum that is resonating with music fans around the world. Upon his release from service, he traveled from base directly to the stage of the Grand Ole Opry. Soon after, in 2021, shows in New York City and Nashville – at prestigious The Ryman Auditorium, no less, sold out in minutes without fanfare.

Each of the tracks released prior to the full 34-song AMERICAN HEARTBREAK album, “Something In The Orange,” “Highway Boys,” “Late July,” “Open The Gate,” and “From Austin,” have become fast fan-favorite audience sing-alongs at his spirited live shows. “From Austin” claimed #1 Country Song on Apple Music, debuted at #4 on Spotify’s Global Country chart, along with making a spectacular first day impression at #38 Overall Song on Spotify US Top 200, and #63 Overall Song on Apple US. The track was added to numerous flagship streaming playlists, including Spotify’s All About Country, Hot Country, and Just Good Music; Apple Music’s Today’s Country, Country Risers, and Future Hits; and Amazon Music’s Fresh Country. His most recent single “Something In The Orange,” commanded 9.6 million global streams and debuted on the Billboard Hot Country Songs charts at #11, #4 on the Hot Rock Songs chart, and rose to the #1 on Billboard’s Country Songwriter chart. On the strength of “SITO” deeply personal story, the track has garnered over 34 million global streams. To date, Bryan has surpassed 1 billion combined global streams with 4 million monthly Spotify listeners. All unprecedented terrain for a new artist completely free from any music industry influence or outside assistance.

His recent blistering set at Southern California’s Stagecoach Festival debut was the most talked about event of the weekend and left an indelible impression that will challenge perceptions of modern country music. To date, every show of his first extensive US tour has found him connecting with fans in a Springsteen-esqe communal experience thanks to music and attitude that is simple, undiluted, genuine, and captivating.

Zach Bryan is a true artist who believes in letting the music do the talking as the songs themselves take centerstage. He embodies the Outlaw attitude of legends like Johnny Cash and Willie Nelson while drawing in young alternative fans and new country purists alike. The bond he shares with his audience is something

special to witness live. He tells his story through the songs, delivering them with raw emotion and pure passion, generating a mutual respect in an authentic way very few can and do.

Canceled: An Evening with Cold