Presented by The Holding Company

KNOW BEFORE YOU GO
EFFECTIVE IMMEDIATELY: All events at the HCCA will now require at least on the following items for entry: Proof of COVID-19 vaccine - OR - a negative COVID-19 test within 72 hours of the event. MASKS ARE REQUIRED unless actively eating or drinking. For guests unable to meet the requirements for entry, refunds will be available until Wednesday, August 25th at 5:00pm ET.

AVAILABILITY
Tickets on Sale Friday, May 14 at 10am 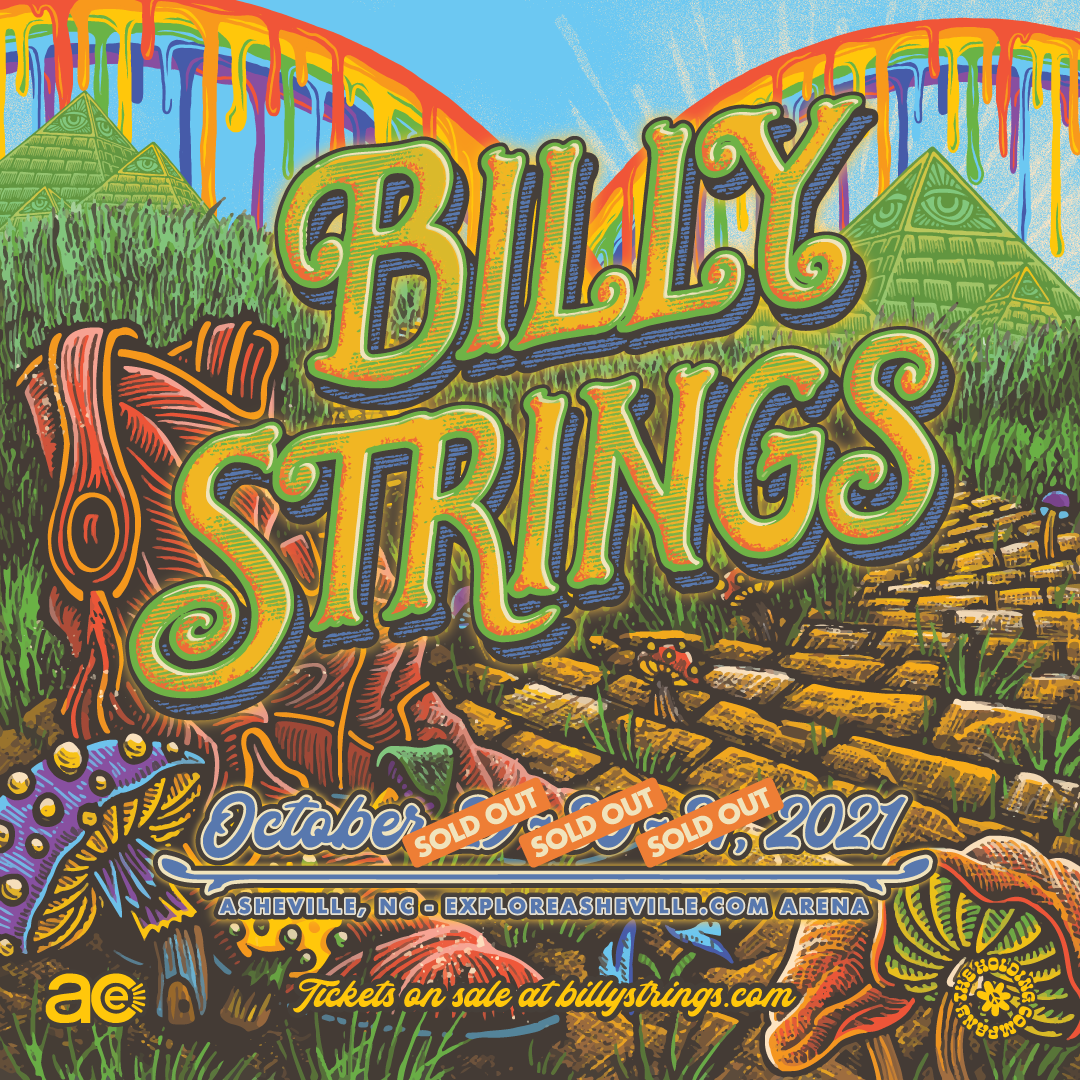 We’re going all out for Billy’s favorite holiday… stay tuned for updates somewhere over the rainbow and we’ll see all you monkeys + munchkins there!

Of the album, Associated Press proclaims, “it is his creative musical storytelling, paired with solid vocals on Home that should seal the deal, pleasing fans of the genre and creating some new ones…the perfect blend of pure talent and pluck,” while The Wall Street Journal declares, “Billy Strings has clearly emerged as a premier guitar flatpicker of this era.” Moreover, Strings and the album topped Billboard’s 2020 year-end chart in both Bluegrass categories: Top Bluegrass Artists and Top Bluegrass Albums Titles.

Michigan-born and now Nashville-based, Strings arrived on the music scene as one of the most compelling new artists with the release of his 2017 debut LP, Turmoil & Tinfoil. Since his debut, Strings has been awarded Guitar Player of the Year and New Artist of the Year at the 2019 International Bluegrass Music Awards, selected as one of Rolling Stone’s 2017 “New Country Artists to Know” and performed on “Jimmy Kimmel Live!” and PBS’ “Bluegrass Underground.” Often playing over 200 shows per year, he has also become known as an electric live performer, keeping the improvisational tradition of bluegrass alive while incorporating elements of several diverse genres. WXPN’s World Café declares, “a bona fide phenom…with his virtuosic guitar playing front and center, Strings fuses bluegrass to psych rock, country and jam music, without fussing over what bluegrass should be.”